The Mayo Society of New York will pay tribute to two outstanding Mayo people at our Society’s 141st Annual St. Patrick’s Ball on March 14, 2020. Rita Lydon Lenz will be honored as Mayo Woman of the Year and William M. Lynn as Mayo Man of the Year.

This event will take place at Antun’s, 96-43 Springfield Blvd, Queens Village, NY. Cocktails are at 7.00pm followed by dinner and dancing at 8.00pm. The Cunningham Brothers will provide the music for this evening’s celebrations.

Rita Lydon Lenz was born in Woodside, New York, the oldest of five children born to the late Martin Lydon of Tourmakeady, County Mayo and Mary (Daly) Lydon, of Bantry, County Cork. Rita was raised in Bellerose, Queens and after graduation, started working for Scaccia Concrete Company/City Transit Mix, in Jamaica as a bookkeeper and has remained employed with them for the past thirty-six years.

Rita has always had a love for all things Irish and maintains a strong connection to her Irish heritage and culture and the Irish American community. She is a proud member of the Mayo Society of New York and has served the Society in many capacities: Vice President, President, Trustee, and currently the Treasurer.

Rita is a delegate to the United Irish Counties Association, where she is currently serving as the President-Elect. She supports many Irish organizations throughout Long Island and the metropolitan area including the Irish American Society of Nassau, Suffolk and Queens where she is on the Board of Directors, and the Emerald Isle Immigration Center.

In the past few years, Rita has been honored by these associations. In 2015, Rita was honored as the Emerald Isle Immigration Center, Fall Fundraiser Honoree. In 2017, Rita served as the UIC aide to the Grand Marshal of the Brooklyn Irish American Parade. In 2019, Rita served as Grand Marshal in the Irish American Society of Nassau, Suffolk & Queens, St. Patrick’s Day Parade. 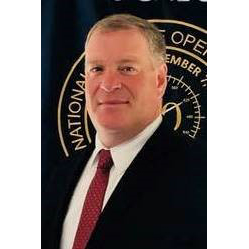 William M. Lynn is the Business Manager and Financial Secretary of the International Union of Operating Engineers Local 30 based in Whitestone, New York and the Chairman of the Board of Trustees of the Local 30 Benefit Funds.

Bill joined Local 30 in 1990 as an apprentice and was a shop steward before rising to Dispatcher, Business Representative and Recording-Corresponding Secretary. Lynn has held the position of Business Manager and Financial Secretary since 2014. In October of 2019 he was elected International Vice President after having served as an International Trustee since 2017.

Bill is one of eight children born to James and Bridget Lynn, both of County Mayo, Ireland. James and Bridget immigrated to the Bronx, New York where they raised their family before moving to Long Island. Bill is very proud of his Irish roots and passing cultural traditions to his four children.

In 2013 he was included as one of the Labor 100 in the Irish Echo and was honored to serve as the Grand Marshal of the 2017 Rockaway Saint Patrick’s Day Parade. Bill lives with his wife Susan and children in Long Island.